A case of ‘spot the difference’, maybe?

More incredible antics from Kimber and co. Anyone from SYPolice care to comment on this ?

Rotherham Politics readers like thought puzzles, they perhaps don’t come more interesting than this particular piece of the employment of incorrect facts to justify the unjustifiable.

Below is the correspondence between Martin Kimber and Peter Thirlwall following Peters withdrawal from the Council meeting of 16th April. They appear in date order. There is some bureaucratic, lawyerly, ‘swerve ball’ going on here, can readers identify the flaws in Kimber’s argument? 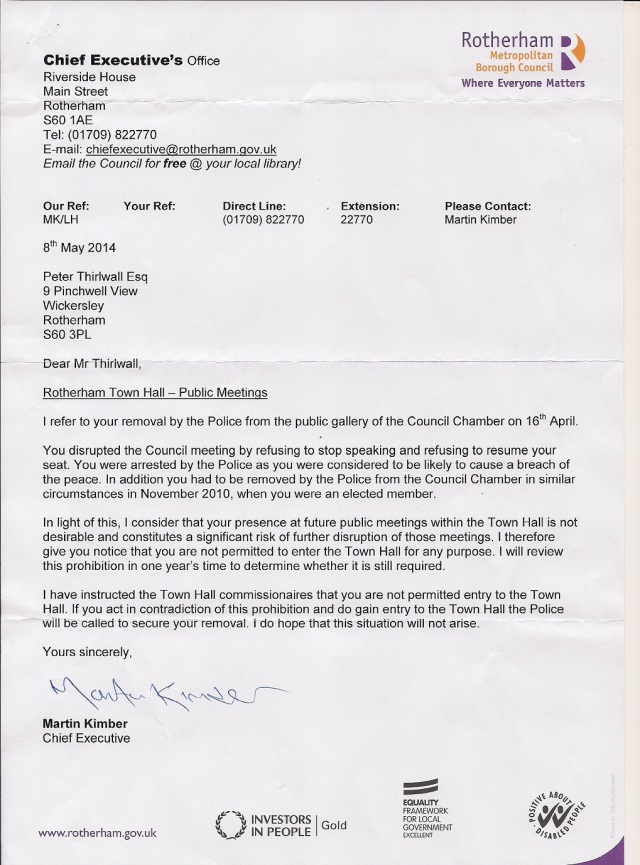 Rotherham Town Hall
Public Meetings
Mr Kimber,
I am in receipt of your letter dated 8th May 2014.
I am surprised that, as the Chief Executive, you do not seem to understand the concept of ‘Innocent until proven guilty’. I am also dismayed at your failure to follow due process.
I have neither been charged nor found guilty of any offence and in fact, following an investigation by the police it was found that…

This entry was posted in Uncategorized. Bookmark the permalink.