Posted on January 7, 2015 by maltbyblogger

“New figures show that the number of families that can’t afford to heat their home this winter has hit a record high of one million. That’s about one in six families.

Families cannot afford another five years of this Government. Millions of families in every region would benefit from an energy price freeze and plans to end cold homes, saving hundreds of pounds each year. ”

Can’t disagree with that Kevin. I’m sure we would all welcome a saving of hundreds of pounds and “plans to end cold homes” sounds good too.  In fact something further than just “plans” would be great before this winter gets any worse. (I have just been devising a method of keeping the curtains tucked up on the windowsills to stop the hurricane force wind that is blowing through the gaps in the frames because my landlord is not too keen on spending money to keep my home from being a cold one – but that’s another story. Maybe I could direct him to you for further advice. )

So, look forward to hearing exactly how this price freeze might work, presumably only if Labour is elected again. The statements and statistics in this piece are perhaps perfectly true, but without verification or suggestion of a resolution, they barely mean anything at all. 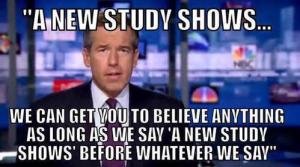