Posted on January 8, 2015 by maltbyblogger 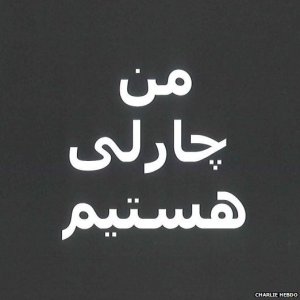 No one who claims to be a writer, blogger or an active member of the human race could fail to make even the smallest comment today, as France is mourning the 12 people killed when Charlie Hebdo was targeted by gunmen yesterday.

I would never presume to class myself as anywhere near the same league of  the professional reporters, journalists and illustrators who bring us minute by minute news of  events around the world. But in my limited capacity, I wish to express my condolences  – to the families of those killed, to their colleagues and friends, to Charlie Hebdo magazine and to the society in which we live.

As news comes in of seven arrests  connected to the two main suspects and photos released of two brothers suspected of involvement in the attack, we can only wait for more news and about the alleged Islamist slogans that were shouted and the intentions of the killers.

(Reports are coming in from Paris of a shooting at a metro station in the south of Paris. At least one police officer is reported to have been injured. It is not known whether the incident is linked to the attack on Charlie Hebdo.)

It is clear that those killed were targetted for their satirical, political and religious cartoons and that the general concensus view is that not only lives have been taken but that freedom of speech is jeopardised in this awful scenario.

So far, the reaction has been one of solidarity in the face of “terrorism”. How we will react in the coming days and the consequences of these executions remains to be known.