“During the 2017 general election when I was campaigning in Rother Valley, I made clear to my constituents that I had voted for Article 50, which set out the timetable that we are now following for our exit from the EU.

I also made it clear that while I would hold the government to account on its Brexit policies, I would also not disrespect my constituents by needlessly trying to block Brexit. Those were also the words of the Labour Party manifesto that all Labour MPs stood on, which clearly stated that we respected the referendum decision and we would support the process of leaving the EU.

Once a parliament has handed over the choice in the form of a referendum we must respect the decision that is made. It truly saddens me that so many in the Commons are trying to overturn the decision.

We cannot allow this and I believe it would have dire political consequences for the Labour Party if it were to happen. A second referendum would be a betrayal of many of our voters and I am almost certain we would never agree what the question should be anyway.

We couldn’t even agree the rules for a TV debate on this issue so I think the chances of agreeing anything of that magnitude are incredibly low.

The deal in front of the Commons is clearly not a perfect one, but there was never going to be a perfect deal that would solve all of the problems and worries that people from across the political spectrum have.

My reservations about the deal are far outweighed by the huge risk of a no-deal Brexit, which would cause devastation for many in this country. It will also certainly hit people in the north and manufacturing hubs harder as these kind of economic impacts usually do.

We must also listen to what experts have to say, which I understand is a novel idea in recent times. Mark Carney, the Bank of England governor, Mark Carney has warned the Treasury committee that in the most “extreme” case, food prices could rise by 10 per cent.

We have spent far too long negotiating the rules of the transition period and instead we must get on with negotiating a trade deal with the EU that works for people across the UK. This cannot be done by sacrificing workers’ rights or environmental standards.

We must also be honest that any future deal does not support the continuation of freedom of movement with the EU and that is rightly recognised in the political declaration.

I cannot support any arrangement that allows that to continue as I believe this issue was a major factor in the way that many people voted, especially in my constituency.

I know it will disappoint many within my party but I will be voting in support of the prime minister’s deal on Tuesday as that is the only option on the table that truly enacts the promises that I made to my constituents and avoids the horror of a no-deal Brexit.”

I’m a bit late with this post but couldn’t let a momentous occasion for this blog such as this,  go by without a mention of Kevin Barron saying that he will stand down at the next election.

Our  Rother Valley MP says  it has been the honour of his life to represent his constituency for more than 36 years.

Here is his post on Twitter announcing the news, which, if I wasn’t blocked by him I would have seen sooner – but never mind.

It has been the greatest honour to represent the people of Rother Valley in Parliament for over thirty-six years and I sincerely thank all of my constituents for their support over the years. I have made the decision that this Parliamentary term will be my last. https://twitter.com/wizbates/status/1146433543524016131 …

So, all the best to him for the future – no hard feelings or grudges held by maltbyblogger  on this subject.

Here’s hoping he has a long and pleasant retirement and that whoever follows him as our MP will do their best for the constituency, regardless of party politics or self interest.

Posted on April 1, 2019 by maltbyblogger

I’m tired of the hate. We all should be

I read the piece in The Times by Rod Liddle and was shocked … and there’s precious little that does that these days.

I would have written a post on this myself but someone has done it already – and probably better.

Having been blocked on Twitter by my MP Kevin Barron years ago, in a dull moment or two, I have wondered if Kevin still takes part in the Twittersphere of information and misinformation sharing.

His website page here, Kevin Barron MP  gives contact details – email and telephone, but does not mention Twitter. The news page is not a very detailed report of what has been happening in either Parliament or Rother Valley.  If he uses Twitter to inform his constituents of his policies, then I am missing out on important information.

which claims to list the deleted Tweets of MPs.

Now of course, all of us who engage in Twitter or any other social media, will have written posts which on second thinking, we decide to either reword or delete altogether.  Nothing strange about that.

But I am more curious about the thoughts and actions of my MP because of the “blocked” situation, than I might generally be and so find Politwoops an interesting read.            After all, as we have recently been reminded, on the anniversary of Tony Benn’s death :

“Members of Parliament are LENT the powers of their constituents and they must return the powers UNDIMINISHED. It’s not for members of parliament to give away powers that were lent to them because they don’t belong to them. They belong to the electorate – and that is a critical matter”.

Is looking at my MP’s deleted tweets a good way to understand their true thinking … or is it just unethical and none of my business ?

All comments responded to in confidence.

It is difficult to keep up with the number of amendments and amendments to amendments which are being voted on almost daily in Parliament at the moment.

For those interested, here is our MP’s latest voting record.

Comments and discussion welcome and mb shall endeavour to respond. 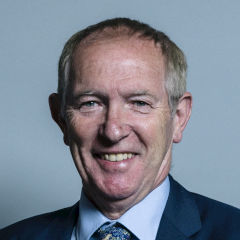 Voting record on the following amendments:

For those who have the tiniest bit of interest or will concerning the leaving the EU farce, here are details of our MP’s  vote last night.

Business of the House (Today) – European Union (Withdrawal) Act (12 Mar 2019)
https://www.theyworkforyou.com/divisions/pw-2019-03-12-354-commons
Voted (aye) to approve, for the purposes of section 13(1)(b) of the
European Union (Withdrawal) Act 2018, the negotiated withdrawal
agreement; the framework for the future relationship; the legally
binding joint instrument, which reduces the risk the UK could be
deliberately held in the Northern Ireland backstop indefinitely and
commits the UK and the EU to work to replace the backstop with
alternative arrangements by December 2020; the unilateral declaration by
the UK, setting out the sovereign action the UK would take to provide
assurance that the backstop would only be applied temporarily; and the
supplement to the framework for the future relationship, setting out
commitments by the UK and the EU to expedite the negotiation and
bringing into force of their future relationship.

Posted on March 1, 2019 by maltbyblogger